History of the Port of Houston

On January 29, 1842, The Port of Houston was established, creating more access for immigrants and marketers to come into Houston. By 1870, the channel improved, and the Buffalo Bayou Ship Channel was built, making Houston one of the biggest ports of delivery.

In 1912 the construction of a deep-water channel in Houston started and completed on September 7 of 1914.

By 1964, the port of Houston was crucial in the economy. It is the first port to introduce container shipping. 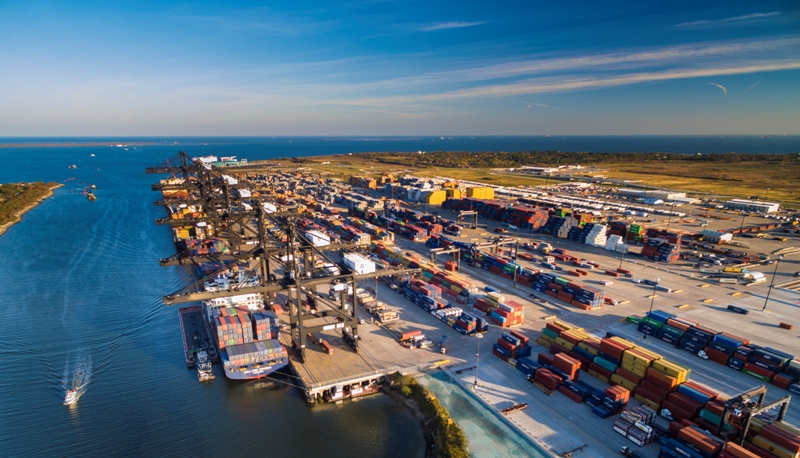 Because of its amount of production, the ships and cargo were polluting the area at an alarming rate.
Channel Industries Mutual Aid acted to take more precautions to decrease the port’s pollution.

Today, the Port of Houston is one of the essential economic factors in Texas, making it have high importance for the shipping on many industries, especially the oil industry. Reason, why it is necessary to support the workers on the port of Houston, have good living conditions and benefits for their job. 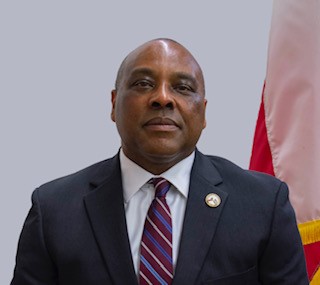 Charles is a Native of Mississippi. He studied accounting and business management at Mississippi Valley State. He worked as a manager for American General Insurance Company.
I.L.A. 1351 has been his home since August of 1993. He started as a clerk / checker working steel and general cargo. During his career with I.L.A. 1351, he has had the opportunity to hold many positions. These positions have ranged from dock checker to Chief Clerk. He was elected President December 2018. He is married and has 3 children. 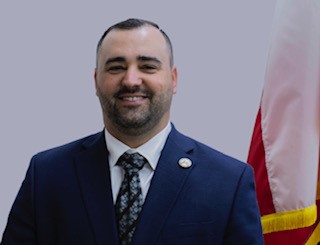 Mr. Williams graduated from La Porte High school in 2003 and attended Tyler Junior College from 2003-2005. He is a 3rd generation Longshoremen and began his career with the I.L.A. in April of 2005. His Grandfather Alton Clyde Williams (A.C.) worked for Local 1351 from January 3rd, 1956 until he retired August 1st, 1986. His father Bill Alton Williams Sr. has worked for I.L.A. Locals 24 & 1351 since April 1975 and presently holds the title of South Atlantic & Gulf Coast District Secretary Treasurer.

Bill Alton Williams Jr. started as a dedicated worker at the Turning Basin for P&O Ports working his way from a checker to prepping and clerking multiple Steamship lines that included, Wallenius, NYK (Volkswagen), IndoTrans, Pan Ocean steel ships, and Rickmers-Linie. Bill stayed at the Turning Basin for 8 years until he moved out to Barbour’s Cut Integrated Marine Services Container Yard (IMS) where he worked as a regular for 2 years before he was elected at the age of 29 as a Business Agent in 2014. While serving as a Business Agent & Executive Board Member from 2014 until 2017, Bill was also highly involved in the AFL-CIO and their program suited for Young Active Labor Leaders (YALL).

At the end of 2017, he was appointed to the office of the Vice President. Since holding the title of Vice President, Bill has worked hard to create a new website and IT department at the Union Hall while focusing on finding a new building location. He has participated in several block walks, phone banks, and other political activities to help many labor endorsed candidates get elected. He has attended several Texas Labor Management Conferences as a board member since 2014 and he attributes the education from the workshops to his ability to handle the challenges of dealing with situations as a Union Official. Bill and his wife Ashley are happily married with 5 beautiful children Adissyn (14), Cade (10), Knox (10), Colt (7) and Grey (5). 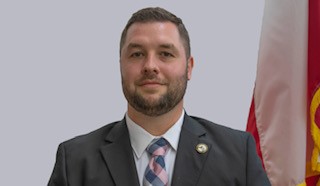 A native of Houston Texas, Mr. Johnson began his ILA Career in 2005. Working in various positions and capacities for Local 1351, he has worked for many of the different stevedores on the Houston Waterfront. He has also worked as a regular employee for Richardson Stevedores in the city docks, Integrated Marine Services and Cooper Ports America at Barbour’s Cut Terminal. As business agent, Mr. Johnson looks to provide ILA 1351 with the tools and ideas to continue growth and success within the industry.

Paul Johnson is a third-generation member of the ILA, following the path of his Grandfather, David R. Johnson, a late member of ILA Local 24 and Father, David P. Johnson, a member of ILA Local 1351. Mr. Johnson is a graduate of LaPorte High School and studied business accounting at the University of Texas at Tyler before being hired through the ILA. Mr. Johnson and His wife, Stephanie, reside in Clear Lake City, Texas. 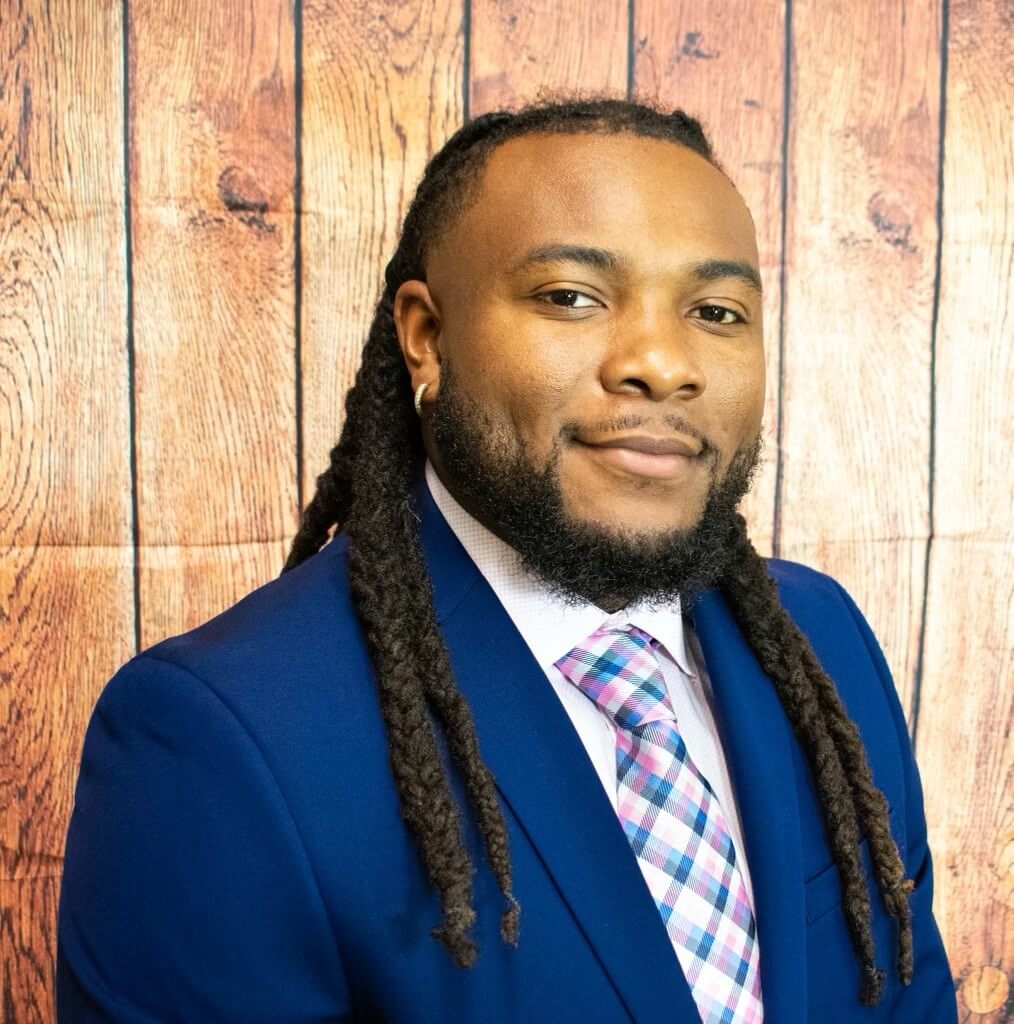 Corey Collins, born on the northeast side of Houston Texas. Mr. Collins graduated from North Shore Senior High in 2012 where he ran track and earned a football scholarship. He then attended Kansas Wesleyan University where he studied computer science. Corey was hired September 2014 and has worked in various arenas in the port. From Clerking steel and roro vessels for CPA, to A/C, plan clerk and port authority in the automated arenas. He has also attended the 55th Quadrennial International Longshoreman’s Association convention. Corey was elected to Business Agent #1 in December 2020 and looks forward to contributing to the history and growth of our local. 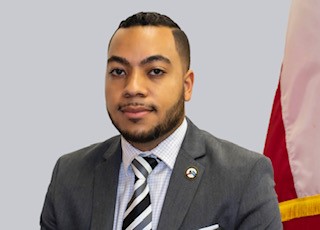 Corey Robicheaux is a native Houstonian. He grew up in northeast Houston alongside generations of longshoremen from various ILA locals. He completed high school at an early college program, where he concurrently earned his Associate of Science degree from HCC. He then graduated from the University of Houston in 2014 with a Bachelor of Science in Hospitality. Corey worked within the hospitality industry before taking a role as an intermodal coordinator with COSCO lines early in his career. Since joining the ILA, Corey has worked in diverse capacities including steel checker, warehouse clerk, timekeeper, truck driver, walking foreman, and most notably CWS/CIC for RORO and automobile vessels with Ceres Gulf and APS stevedoring. Corey has also been actively involved in the industry with participation in Maritime and Logistics Youth Expos, and both District and International ILA conventions. Corey also attended the Texas Labor Management Conference of 2019 and was nominated and elected to the board of directors. In May of 2019, Corey completed his Master of Business Administration from Texas A&M University – Corpus Christi. He was elected to the ILA 1351 Audit Committee in December of 2018, and further appointed to Business Agent #2 in August of 2019. Corey enjoys traveling the globe in his spare time, and he looks forward to bringing fresh perspectives to ILA 1351.